TTR: The SpaceFest and Pure Phase Ensemble experience has been happening since 2011. How did you get involved?

Ray: Through a mutual friend I met up with Karol Schwarz (head honcho of Nasiono Records and Spacefest organiser) and he mentioned the idea to me. I certainly liked the concept of the festival, and the workshop idea fitted in nicely with my Improvisation ethos, seemed a crazy idea and a challenge so I agreed to be involved and up until now I have done 4 festivals and workshops.

TTR: You are living in Warsaw these days and Pure Phase Ensemble is designed to make local musicians collaborate with more experienced ones from abroad. Is this useful in terms of making the local scene grow? What are your feelings about this?

Ray : answer is that I believe it is. I have seen the positive outcomes from the meetings that have been arranged in not only new bands appearing, but the experience gained from the workshops can be seen to be directly transferred back into the methodology that musicians may use in creating new work.
It’s always good to have your mind expanded by perhaps seeking new methodologies from more experienced players, whether or not you consciously apply this in your future work or not, I believe that even on a subconscious level it may still be affecting you.

TTR: Can you tell us something about the way this works on a practical level and who are the musicians who are involved?

Ray: How it works is earlier on in the year, Ania Szynwelska and Karol Schwarz and myself have discussions on who the guest artist to accompany me will be for a particular year and then I leave it up to them to suggest Polish musicians (as their knowledge of this market is greater than mine).

As the festival always takes place on a Friday and Saturday night it is the previous Sunday when we all meet for the first time at the rehearsal space in Gdansk. For this first meeting we introduce ourselves, arrange the space, soundcheck and discuss ideas, often this then continues in a bar for further “bonding sessions”. We then have 4 days (Mon to Thurs) to create a set of new material to be performed during the festival. Four days means the pressure is on and ideas have to be chosen quickly, some thrown out others worked on, but more often than not the first “instinctive” ideas are the best and the ones we keep.

Occasionally, like when working with complex vocal parts with the Laetitia Sadier edition, we can spend more time on one particular tune (or part of) but only if we believe that it is worth doing. We have to work fast and even though it is a democratic process eventually the “buck” does stop with me making the final decisions. I have been asked about this before and generally I see it as a “Democratic Dictatorship” as I will listen to suggestions, council thoughts and opinions from others but I will always have the final say.

TTR: Why did you choose to invite Mark Gardener and how was working with him?

Ray: Mark was suggested by Ania Szynwelska and when I contacted him – and we had a great exchange of emails regarding the nature of the project, how it works etc – I really felt that he would be not only the right person to work with, but also that it would appeal to his way of working musically. Being instinctive, going with the flow, allowing music to grow organically. This turned out to be the case as in reality not only is Mark a great musician himself but he really put the other musicians at ease with his sense of trust in them, their abilities and ideas, plus he has a fantastic sense of humour which helped immensely in keeping the atmosphere light in the rehearsal. This was by far the easiest workshop for me out of the four PPE’s I have completed due to these factors.

TTR: For someone who’s coming from years of high-level musical projects, what does the European non-UK scene look like? And what’s the potential of today’s Polish bands?

Ray: Actually its very hard for me to say as time does not allow for me to really be out and about and checking on the scene for what’s happening in the alternative / indie / rock world, other than going to see my friends bands play.
But some names I can recommend are Scianka (formed 1994) who, if they were from the UK or the States would be huge, (something i’ll come onto later) Wilga, two of the guys from PPE4’s band.
Popsyze (who were part of PPE3), Asia i Koty (Asia was part of PPE1 and is a fantastic solo artist) Polish Band Kinsky and Kristen are also two very good alt groups.
The problem is that the pop / rock / alt / punk (whatever) music scene has been dominated for so long by (generally speaking) UK/USA bands and there is a certain snobbishness that exists, in the Uk at least, that if it’s from “Europe” then it must be “cheesey” “A copy” “Europop / Euro – trash” so therefore it’s even harder for bands to break through, be treated seriously and with respect.
In actuality this is a terrible state of affairs and, as I mentioned earlier, if Scianka where from the UK/US they would have been IMO pretty big in the underground alt/rock world.
This does upset people here and often they feel as second class acts, which again, doesn’t help their situation.
But I feel positive that things are changing, albeit slowly. With the popularity of festivals such as OFF and OPEN’ER even being talked about with a certain reverence in the English mainstream press, I am hoping for a more positive future for mainland European based artists.
For certain music/s – Classical and Jazz, often the opposite is true and it is easier, due to the long and esteemed tradition that this music has, to become a “successful” artist. The same may also be said for a lot of experimental music of whatever genre.
But one point I would like to make is that I have found more of a willingness within say for the sake of ease the “pop / rock “ world to experiment and incorporate a tremendous amount of ideas into music and a prime example of this would be artists on the LADO ABC label.

TTR: You run workshops in the UK and Europe on music improvisation, something that is usually more linked to jazz music than rock. What’s good about extending the concept to a wider range of musical styles?

Ray: Well Improvised music was truly the music that I was more familiar with and was a part of before rock bands. At school I had the chance to experiment with electro acoustics by attending the local art college once a week and messing about on synths and with microphones and tape with a very enthusiastic teacher in a 1970’s Open University way (people from the UK will know what I mean) and my first band, Skree, was an improvisational noise rock group and I have continued with his idea with whatever bands I have played with as everything comes from Improvisation. Out of Improvisation come horn lines, riffs and melodies that are arranged, messed with tightened up or whatever depending on the band and what is needed.
If working for a “rock” band, I prefer to work as a sonically, rather than as, what may be termed a traditional musician, in that I tend to listen to a piece of music and think about what may be needed sonically rather than thinking about chord extensions, inversions etc (although subconsciously all this information does filter through into what I write) and therefore hopefully sometimes more interesting ideas occur.
But the free jazz / ecstatic music / improvisation / experimental music scene is what I am part of and always have been, and I love the purity that exists in creating music “on the spot” from apparently nothing.

TTR: You have played with Stereolab, Cornershop and PJ Harvey (among others). Which memories do you cherish the most?

Ray: There are so many but the highlights but briefly they would have to include ; Spiritualized – Playing the Royal Albert Hall, going on tour supporting Neil Young and meeting some all time heroes (the Crazy Horse guys really do appreciate good grilled food!) Recording in Abbey Road Studios, especially the few days I spent there with DR John for his record “Anutha Zone”. Meeting George Martin at Air Studios when we were recording the backing tracks for the “Let it Come Down” album.

TTR: What are your current plans or plans for the near future?

Ray: Well as I don’t work in the “rock” field much any more (no one ever asks me !!… and i’m still looking for that psych Stooges band to join ) I continue with my improvisation / free jazz projects.
Infant Joy Quintet – An ecstatic Free Jazz band started as a direct homage to the great Albert Ayler.
Noise of Wings – A dark Jazz band and an outlet for my compositions.
Line of Fire – A politically charged full on free jazz trio. We play with edited projections from contemporary news stories of the day.
Sounds of the Night Sky – An electro acoustic group. Only a few live shows but a very promising mix of live electronics bass clarinet, sax and orchestral percussion.
Amongst many other Improvisational music meetings with many different musicians.
I also am the founder and principal conductor of the Warsaw Improvisers Orchestra which takes up a lot of time. A recording will be released early next year of our largest gig yet with 29 musicians and we meet monthly at a Warsaw club for concerts (generally around 12 – 15 musicians)
I also recently successfully completed a city wide Electro Acoustic project in combination with a theatre piece and I have been asked to continue my collaboration with the theatre for upcoming projects as both a musician and musical director. 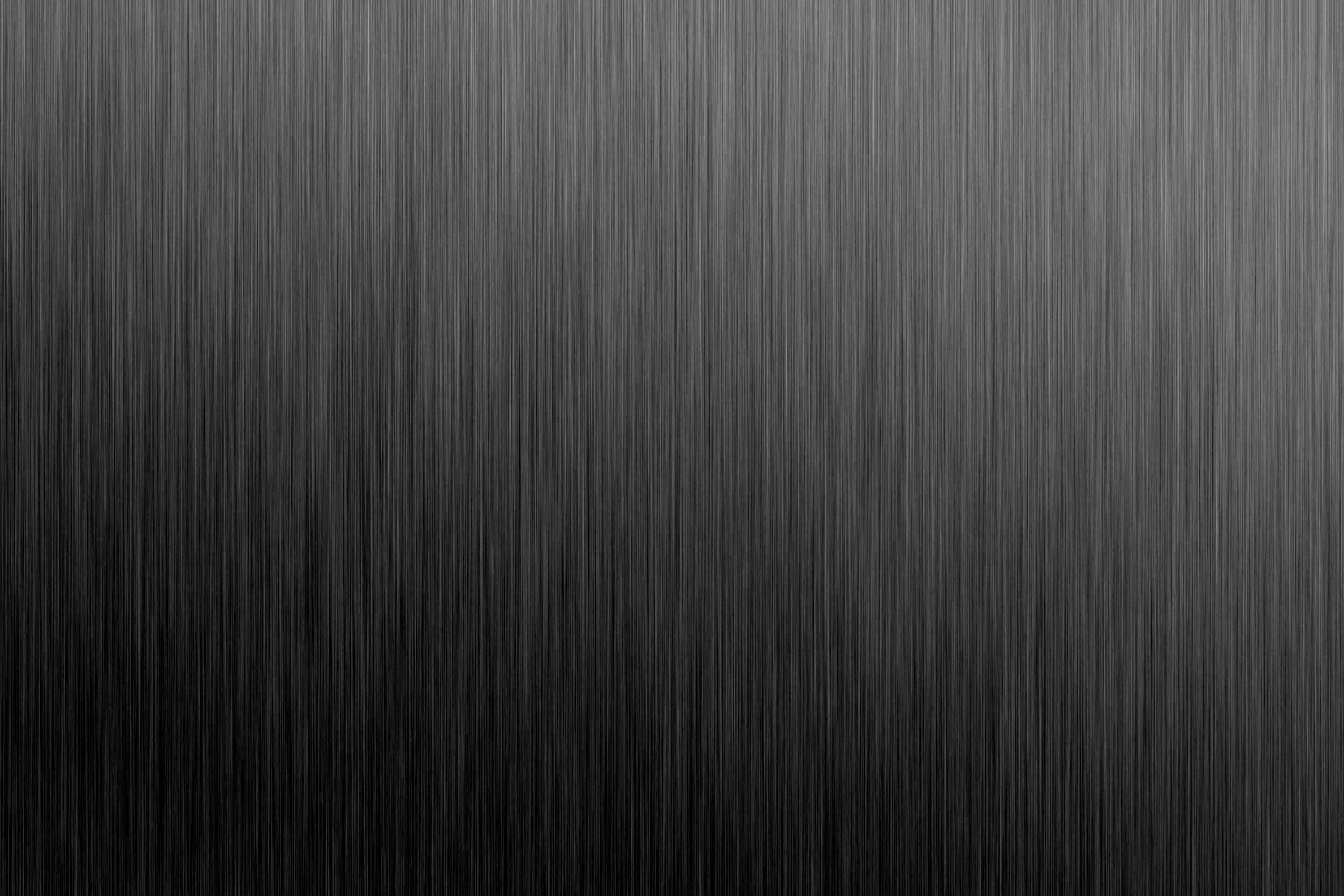